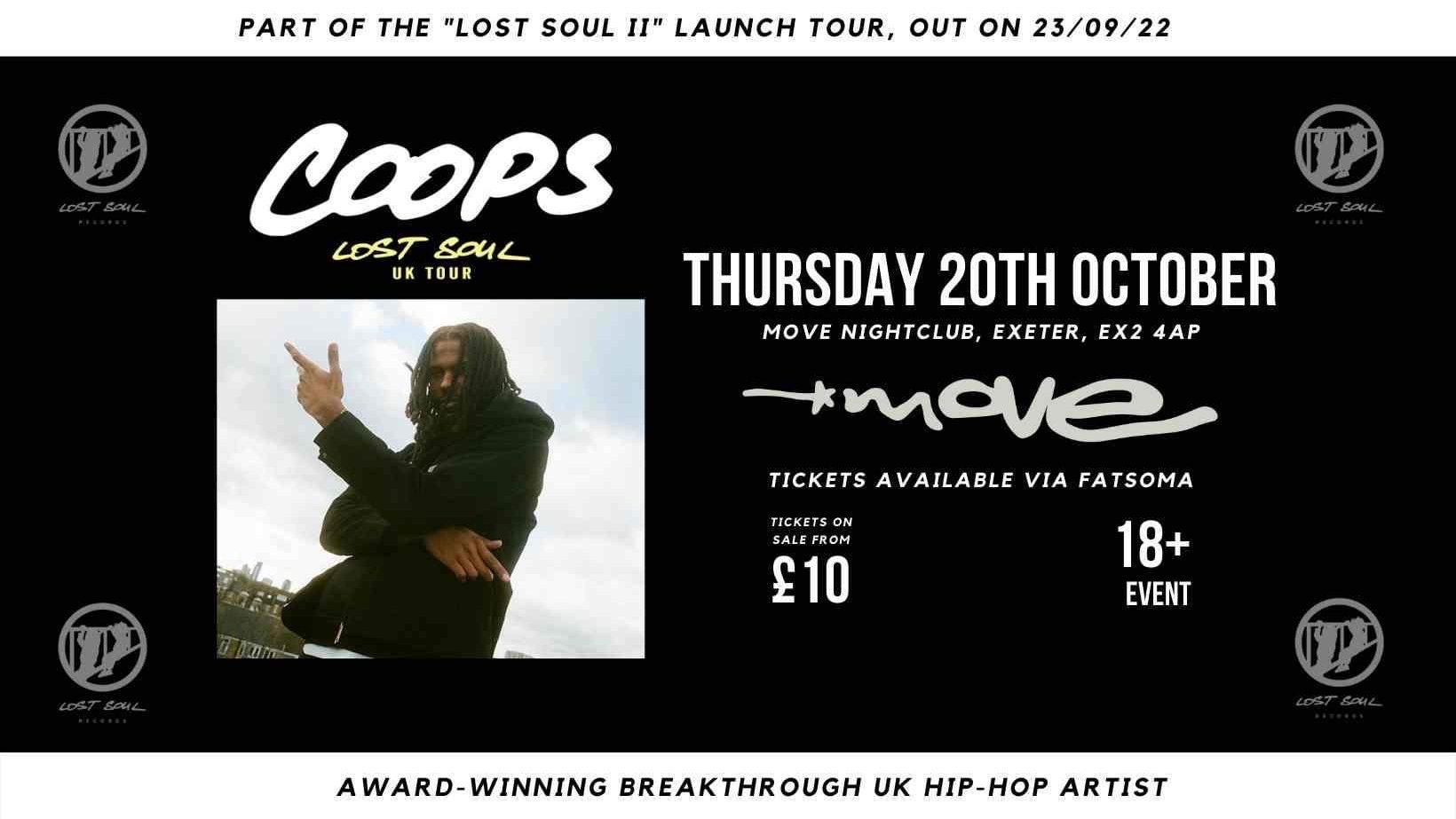 “Coops… the UK phenomenon well known for his rich catalogue of soul infused hip-hop, has just announced the release of his newest LP “Lost Soul 2”. Since the release of the original Lost Soul album, Coops’ journey in music has led to him revisiting the concept of the iconic release with a fresh perspective and a decades worth of musical experience.

“Before making lost soul 2 I had to revisit Lost Soul. I didn’t want to replicate Lost Soul and probably couldn’t even if I tried. I did however want to reconnect with the early processes that were behind the making of that first album and then allow it to evolve. it is not a continuation but an evolution. An evolution of sound and styles, writing and production and of personal growth and maturity.”

Throughout his late teens Coops was making music with his friends, but it wasn’t until he looked at himself and the world around him that he changed his writing approach and decided to go it alone. “I’ve always had the mind-set that if I’m true to myself and where I am, as a social commentator or looking inside myself documenting that stage of my life, then I’ll have endless material.”

Having already built a strong momentum for himself with several releases under his belt ( ‘What Do You See’ in 2011, ‘Lost Soul’ in 2014 & ‘God Complex’ in 2016), Coops signed to High Focus Records in 2017 and quickly released two critically acclaimed projects in just a year – the introductory ‘No Brainer’ and the full length opus ‘Life In The Flesh’. Returning in 2020 with the existential masterpiece ‘Crimes Against Creation’, Coops questions the current state of hip hop, politics, and the world.

The Lost Soul tour is a Live showcase of the new album, which is taking place across the UK throughout October and November.

Local supports to be announced soon, tickets on sale now!”