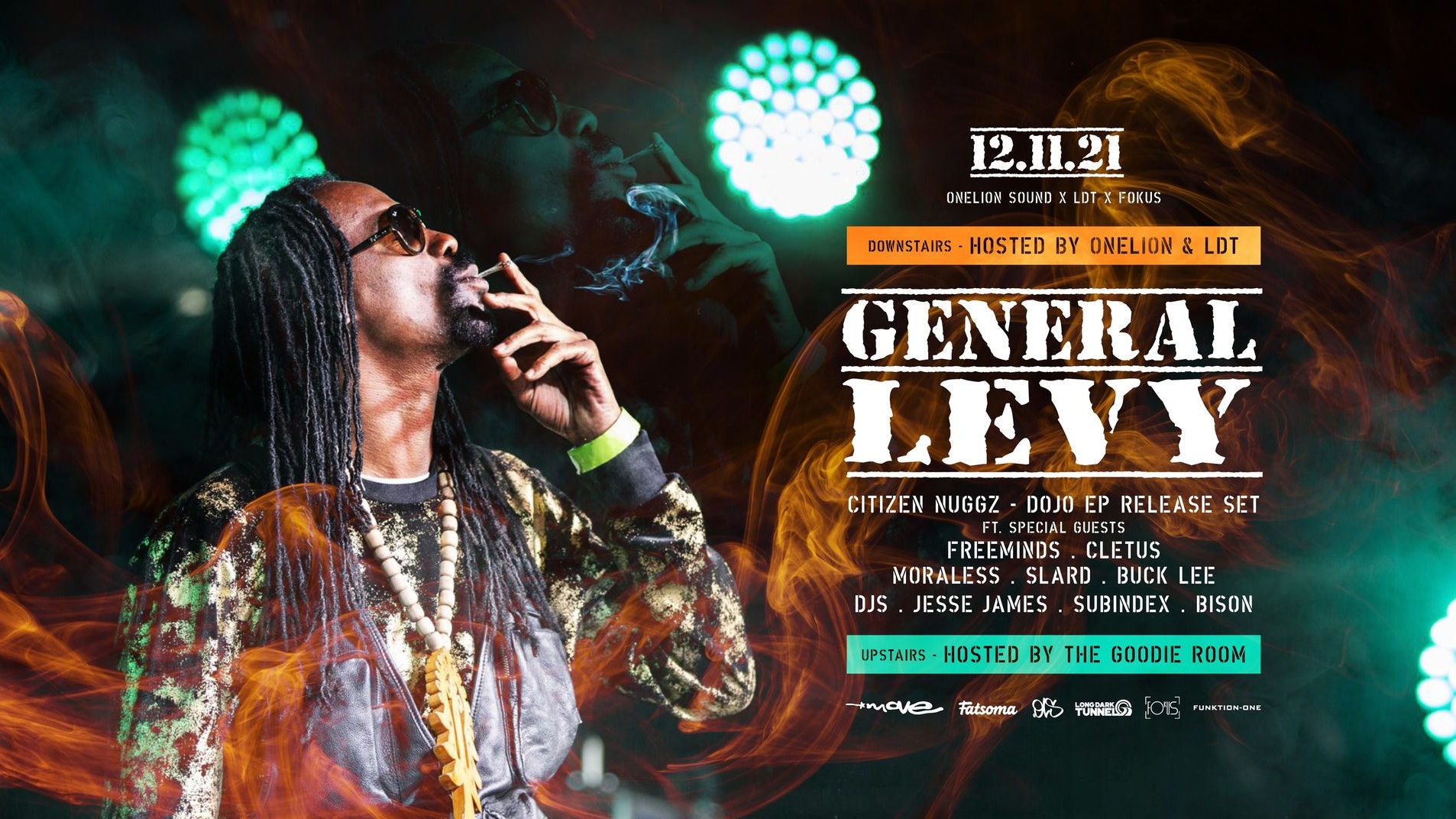 For this show, OLS will be teaming up with DnB heavyweights Long Dark Tunnel as well as Exeter’s premier student events crew ‘The Goodie Room’, to bring you two floors of underground music including Jungle, UK Hip Hop, Garage and more, all played through a high-quality Funktion-One sound system.

For nearly 30 years General Levy has been a stalwart of UK underground music culture. His early years were spent in a community heavily influenced by reggae music and black culture, a certain militancy was instilled in him along with a love and respect for rebel music.

He went on to work with various UK labels such as Justice Records owned by hip-hop DJ Tim Westwood, also Fashion Records with whom he released his second album ‘Wickeder General’ which was voted best reggae album for 1992. The album track ‘Heat’ was voted best single and General himself was voted best reggae DJ/MC by the British reggae industry, with Levy being presented with three gold awards in one night at the London Hippodrome by Frank Bruno amongst other celebs.

Levy was also voted best UK singer the following year at The Black Music Awards which confirmed Levy as the UK’s premier MC.