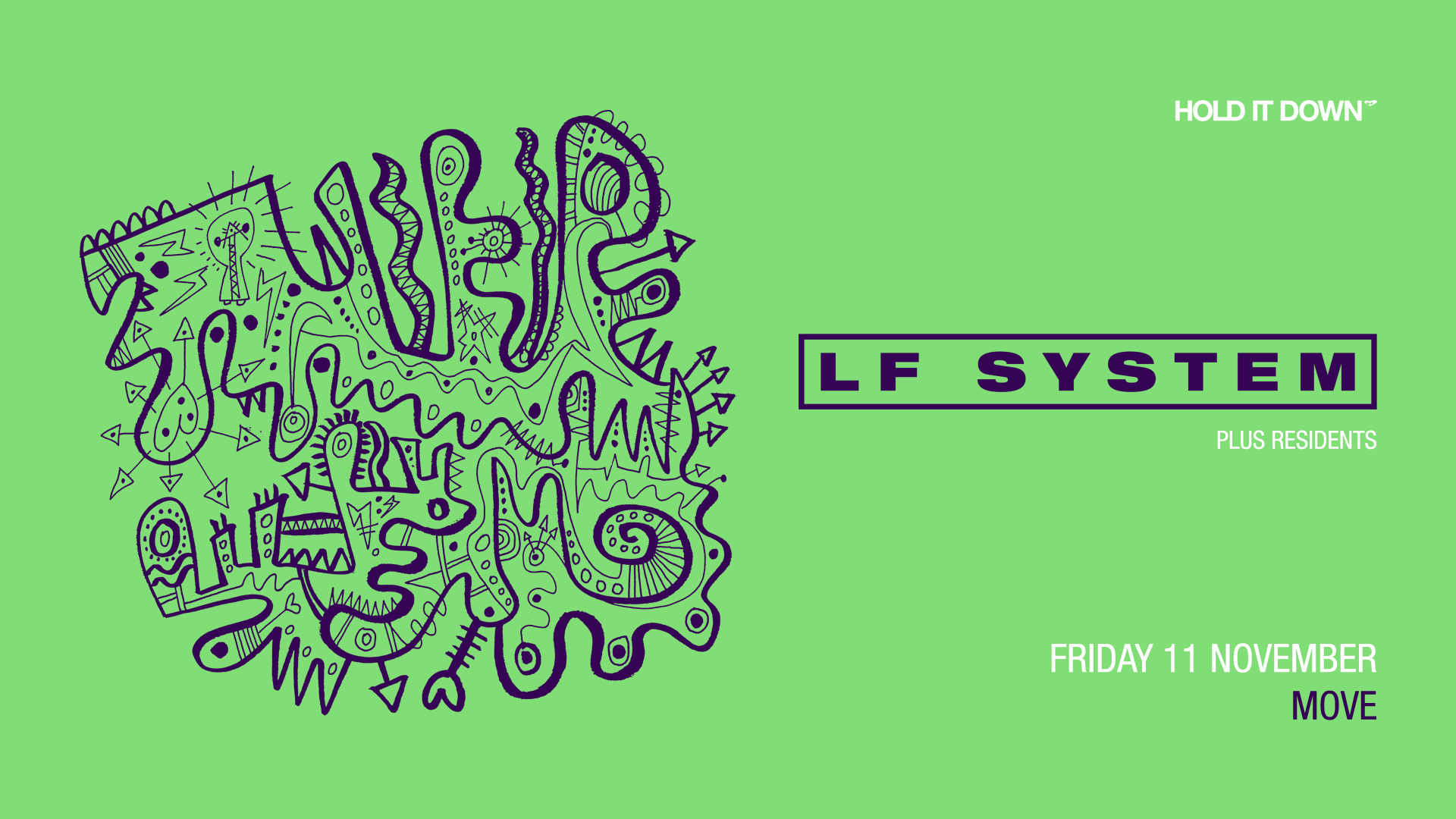 Hold It Down: LF System

Hold It Down present
LF SYSTEM

Their journey started as solo artists but once they began bouncing around production ideas, the chemistry was undeniable and LF SYSTEM was born in Nov 2019.

Despite the lack of shows due to lockdown, it wasn’t long before they started turning heads and garnered a ton of exposure on the airwaves courtesy of the likes of Pete Tong, Annie Mac, Danny Howard, The Blessed Madonna, and Arielle Free- this culminated in their powerful edit of Gladys Knight’s soul classic ‘Bourgie Bourgie’ becoming BBC Introducing Tune Of The Week and gained regular airtime as part of BBC Radio 1’s Daytime Playlist.

This Summer though saw the explosion of their latest track ‘Afraid To Feel’ which has dominated the charts for months and seen the pair secure headline billing at Festivals and club shows alike- a beautiful synergy of Disco and House, it’s as infectious and catchy as they come. We can’t wait to see the lads set Move alight this November.

Tickets available from Sunday 7th August at 6pm via Fatsoma

Hold It Down are behind some of the biggest nightlife brands & events in the South-West, including Hijacked Festival, Fokus, Nu-Tropics, Room 303, and The Showcase. If you are interested in joining the team, send us a message- info@hkdmusic.com