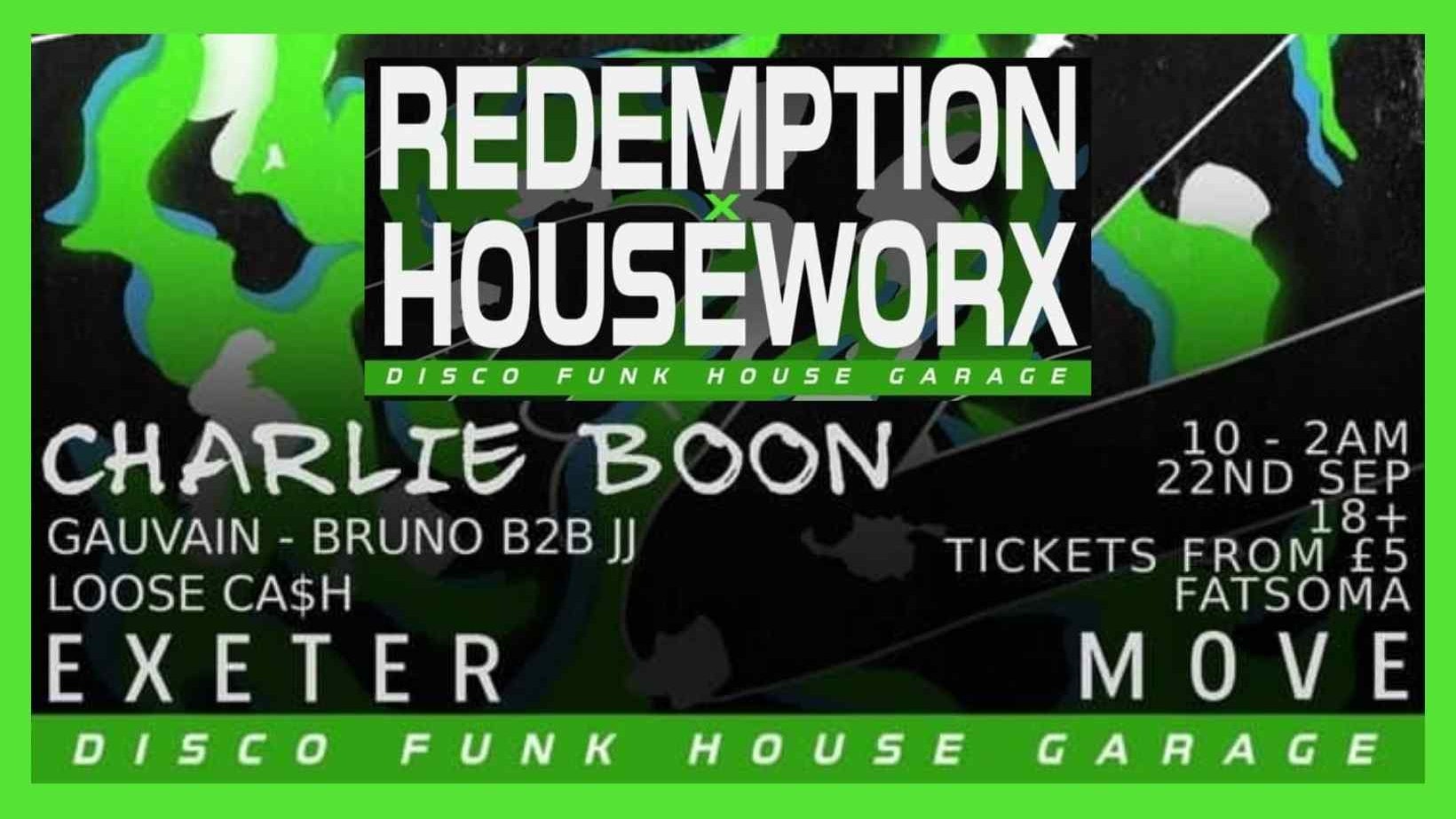 Fresh off the back of a LONDON sell out REDEMPTION are collaborating with Exeter’s Houseworx to bring you one of the up and coming DJs of the year CHARLIE BOON!! Bristol based Boon kick started his career with Dad Bog Boogie which has seen Charlie headlining shows across the UK including sell outs in Bristols Motion and beyond. Charlie is also a wicked producer with hit songs such as “We Back” and “Too Fly” being regular favourites on Radio 1! BOON is hot from a rammed summer gigging at the likes Boardmasters, SGP, and Ibiza Rocks and we’re absolutely gassed to have him down to Exeter favourite basement MOVE.

Expect some high energy disco house with hits of electro to really get ya going on a Thursday night!!

To all the freshers WELCOME!! REDEMPTION and Houseworx pride themselves in bringing fresh talent from around Europe to Exeter and since 2019 have put on sell out shows for the likes of DAN SHAKE, DEMUJA, BIG MIZ, SAMMY VIRJI SECRETSUNDAZE & PAPA NUGS.

Kicking things of CHEAP with £5 tickets!! Get one now before it too late!!