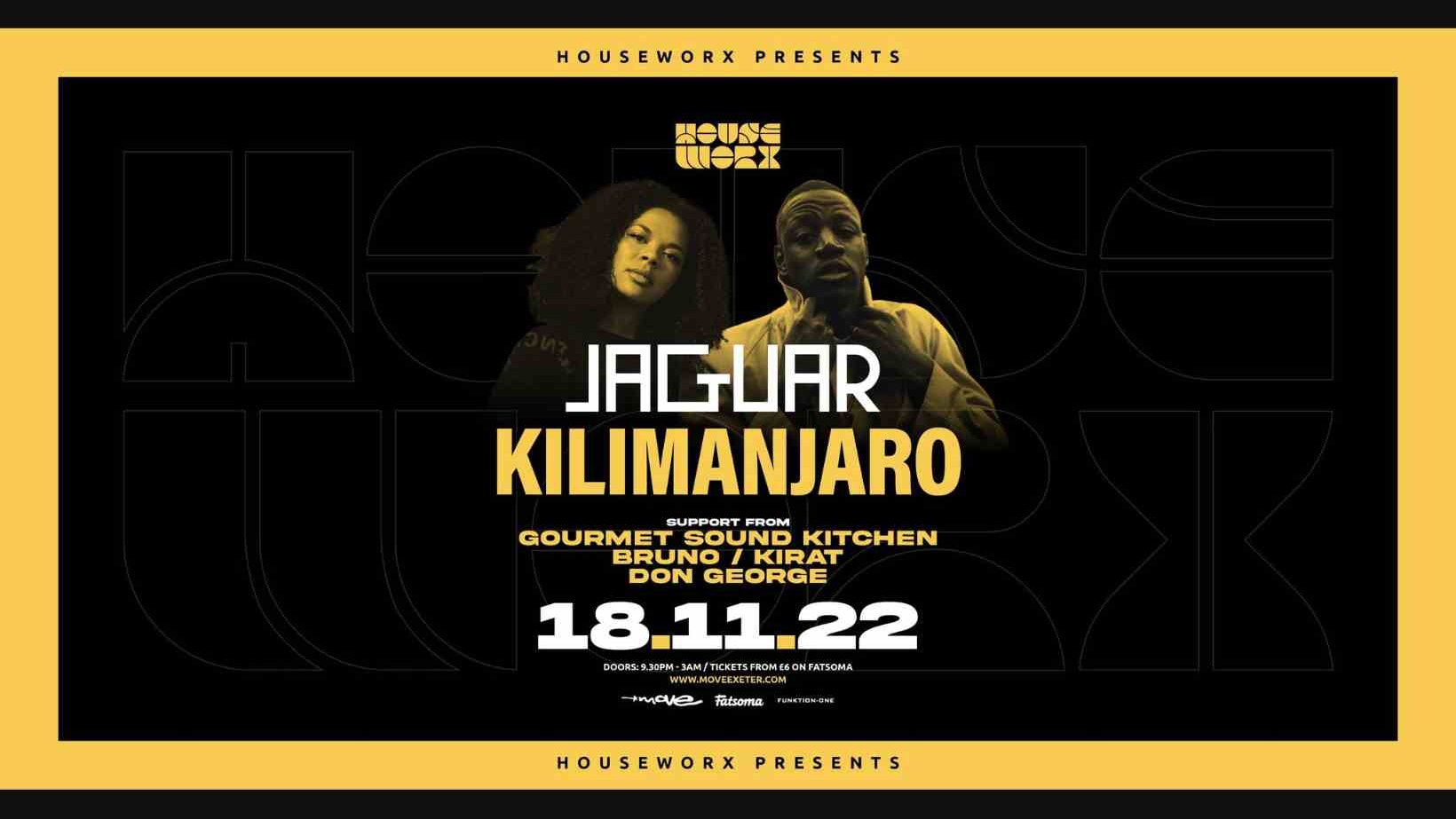 Jaguar Bingham is every bit as memorable as her name. Hailing from Alderney in the Channel Islands, but based in East London, the 27-year-old broadcaster, DJ and journalist, known mononymously as Jaguar, is among the new guard of multi-hyphenate talents steering UK dance music towards brighter waters. She’s a next-gen tastemaker instigating change through projects such as UTOPIA and The Jaguar Foundation. Jaguar’s work to date, spanning from her radio internship at BBC Radio 1 and 1Xtra in 2014 to more recent endeavours such as her landmark BBC Introducing on Radio 1 Dance show, has been anchored by a desire to spotlight new artists and minority voices within electronic music. It’s what drew her to BBC Introducing – a platform devoted to unsigned and emerging musicians – in the first place. In 2016, Jaguar joined the crew as Team Assistant at the station’s Sheffield HQ. At the time, she was studying English Literature at Leeds University. (A move, says Jaguar, spurred on by the city’s reputation for vibrant nightlife.)

Each week, she would rifle through tunes submitted to the BBC Uploader by new artists. “I was listening to all the dance tracks and sending them to Danny and Monki, and Annie’s shows and Pete’s shows,” says Jaguar, who later worked for BBC Introducing’s Central Team in London, “so I was ready, even then, for my own show.” That moment came in 2020, when Jaguar launched the BBC Introducing Dance show on Radio 1. A defining moment in Jaguar’s career to date, the show has been met with critical acclaim. In 2021, MIXMAG named her Broadcaster of the Year – a poignant accolade, given it was there that Jaguar’s voice and face became synonymous with its weekly office party, the LAB LDN. “I fell in love with dance music at the LAB LDN,” says Jaguar on her time at MIXMAG, where she also worked as Weekend Editor for a time. “It was really special.”

Looking ahead, Jaguar is a resident at iconic hotspot Pikes Ibiza this season, with shows also confirmed at storied venues such as DC10 and Amnesia. Elsewhere, she’ll set out on a must-see European tour of her own, hitting up events such as Glastonbury, Circoloco and Radio 1’s Big Weekend this spring and summer. Jaguar will also fly UTOPIA out to Ibiza for a pair of unmissable White Isle shows, and make her US debut this October at CRSSD Festival. She’s also ideating on future film and documentary projects.

She’d like to write some books down the line, and live out her childhood dreams by dabbling in TV presenting. She also plans to grow UTOPIA into a festival one day and aspires to host the BBC’s coverage of Glastonbury. We can expect future club sets to include specially-produced edits of tracks made by Jaguar’s friends, too. A neat touch, one that’s very much in keeping with the spirit of togetherness that permeates through all that Jaguar does.

Togetherness, authenticity and the delightful purveyance of effervescent dance music: these are the calling cards of Jaguar.

KILIMANJARO, hailing from Southern Africa, raised in Scotland and now residing in London, combines his background of Afro-centric rhythms and influences with the fast paced energies of the western electronic scene, where he has learned and perfected his craft over the past few years.

The FLY, La Cheetah Club and Pleasurehood resident brings his unique energy to every performance. When you come to see him, expect to hear an eclectic blend of Afro, Amapiano, House, world and party vibes from the jump and make sure you come ready to dance. Known for his high-energy performances and his infectious crowd-raising persona, KILIMANJARO is no stranger to starting parties and never fails to leave a night with new fans, excited to see him perform again. Having extended his reach to the wider UK and Europe, supporting the likes of Fred Again, Optimo, Melé, Folamour, Denis Sulta, Absolute, Eclair Fifi, Hammer, Theo Kottis, Jaguar, and Arielle Free, as well as bodying his Boiler Room debut, amassing over 350k views, KILIMANJARO is excited to show the wider world what he’s all about.

This past year has seen KILIMANJARO return to the studio, bringing his rhythmic energy and unique vocal style to all of his production, with his vocals allowing him to truly express himself to the fullest. With two releases already confirmed for this year, and lots more on the way, keep an eye on this very exciting space.

2021 also saw KILIMANJARO launch his own brand, KILIMANJARO MUSIC, which has allowed him to focus on championing black, POC, female and other marginalised DJs and producers from up and down the country. The brand has manifested itself in the form of club nights and parties in London, Edinburgh and Glasgow, a monthly radio residency on Project Radio. In the future, KILIMANJARO has his eyes on setting up KILIMANJARO MUSIC as a label that really focuses on celebrating marginalised talent.

With more releases on the way in 2022 and plenty of shows and festivals to boot going into Q4, there’s a lot to look forward to from KILIMANJARO.