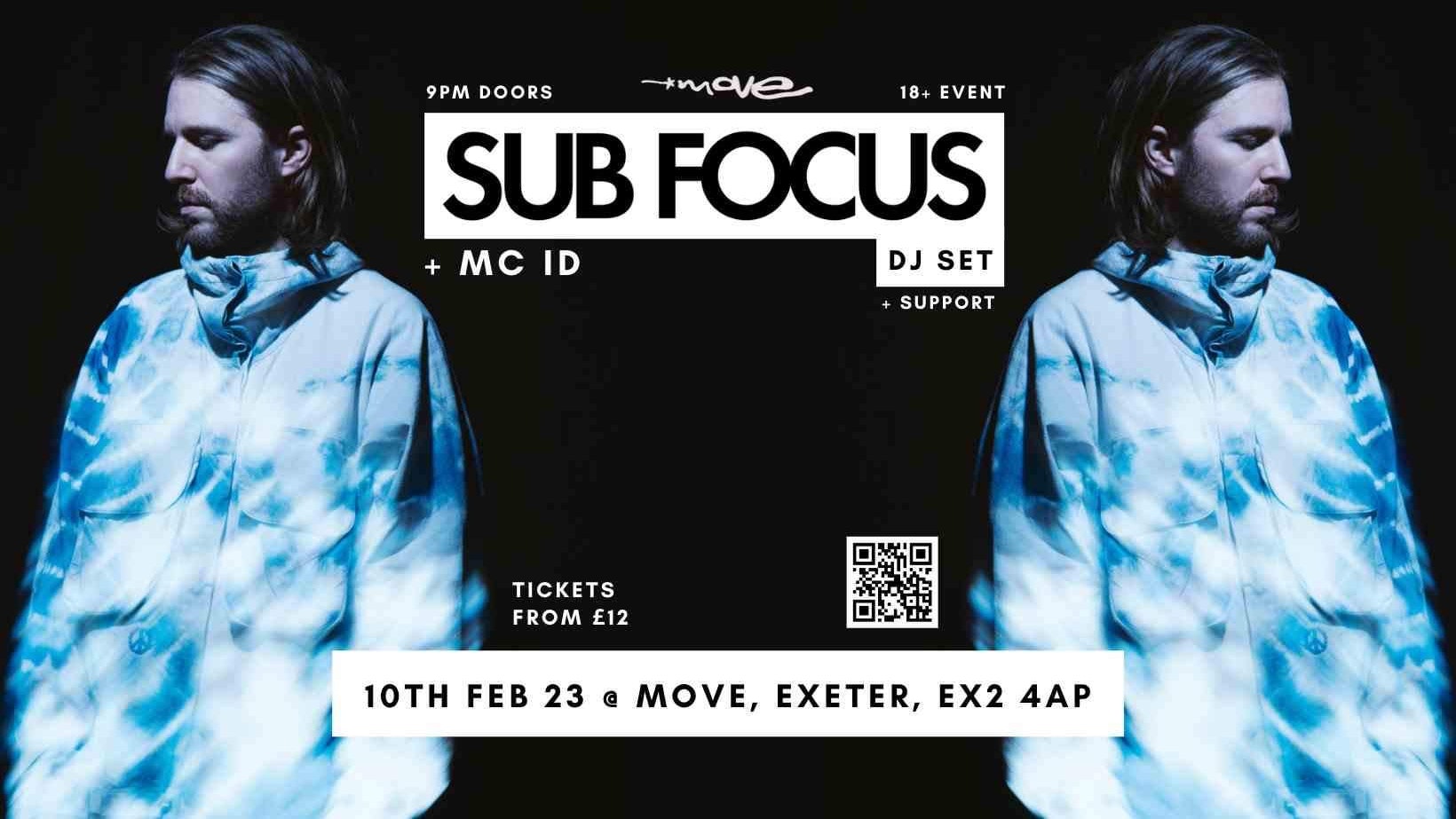 Over the course of a 16-year career, Nick Douwma aka Sub Focus has risen through the ranks
of underground jungle to become a global dance music superstar. First building a reputation
around air-punching, dancefloor-dismantling drum & bass, he now draws from all corners of

the electronic landscape – epitomising the ‘anything goes’ mantra of today’s scene. His journey began in 2003, when he signed his first tunes to drum & bass’ biggest label Ram
Records, off the back of a CD:R handed to label boss Andy C by one of his friends whilst
drunk. Despite this inauspicious introduction, so impressed was the legendary DJ by the
content, he duly signed every track and invited Douwma to join the Ram family. Sub Focus’
tunes – expansive, fiercely creative, but made with the scientific precision of a military warhead
– immediately stood out from the crowd and were soon being rotated by every major DJ in the
scene, garnering airplay on mainstream radio, and drawing fans from throughout the globe. The next logical step was an album. But as he’s shown throughout his career, Douwma wanted
to push himself further and create something that was more encompassing than the often
insular confines of drum & bass. Drawing on his love of all strains of dance music, from 80s
synth pioneers Vangelis and Jean-Michel Jarre, through dance leviathans The Chemical
Brothers, to futuristic house and techno acts like Lindstrom and Matthew Dear, his eponymous
debut album released in 2009 featured not only drum & bass but dubstep, old-school
breakbeat, bumping house and lashings of electro and rock, all brought together in a taut

collection that could only have been made in the 21st century. It was an instant hit.Rather than taking his foot off the gas, the decade since has been similarly successful for one
of dance music’s enduring stars. Sophomore album Torus ​was released in 2013, channelling a
dancefloor-focused, floor-filling vibe. The 13-track release included ‘Endorphins’ and ‘Turn
Back Time’, singles that both made it into the UK Top 10, whilst three others made it into the
Top 40. Douwma has spent the past few years perfecting his stunning, immersive live show, joining
Pendulum on tour, wowing the bulging Glastonbury crowds and selling out Brixton Academy
on two occasions. He has also linked up with a slew of international chart-toppers, including
Rudimental, with the link-up leading to the stunning ‘Trouble’ with Chronixx and Maverick

Sabre, and Chase & Status with the iconic ‘Flashing Lights’. Reaching the pinnacle of the drum & bass world, Douwma would go on to become a mentor
for the scene’s new school of exciting talent – forging boundary-pushing collaborations with
the likes of Wilkinson and Dimension. Sub Focus and Dimension’s 2018 single ‘Desire’ has
clocked up over 30 million global streams, signifying a new chapter in the story.Moving into 2019, the release of double-single ‘Solar System’ and ‘Siren’ conveys an artist
who’s stayed true to his musical roots throughout his long career – a career that he doesn’t
look like curtailing anytime soon.